A downloadable game for Windows, macOS, and Linux

Will Acacia be able to break out of her shell and find her true love? A fairy tale love story for a troll is a very strange thing indeed, because who could ever truly love a troll? 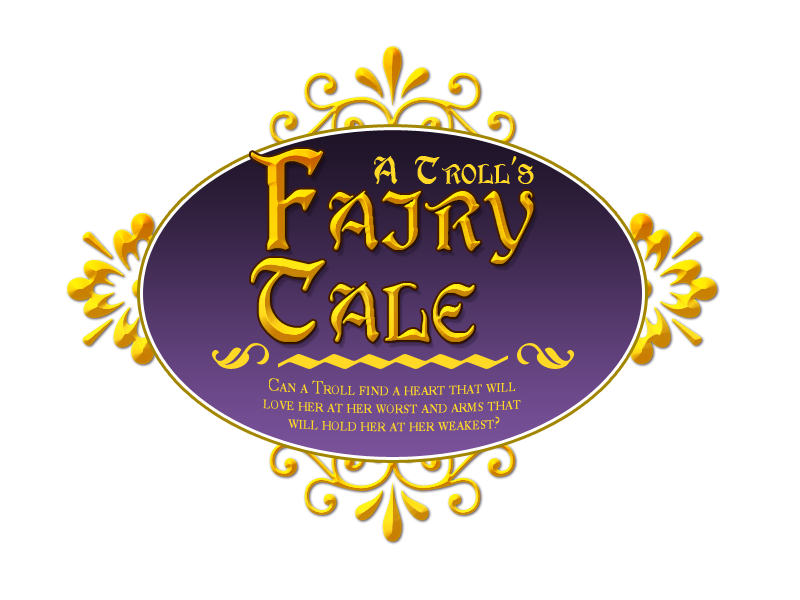 This is just a light hearted story with a silly bad ending and happy good endings. This is truly just a fluffy love story about a fairy tale troll and not the internet trolls. I just wanted to make sure there was no confusion. I’m sure there would be people interested in a story like that but this isn’t that story ^^;

Time: About an hour and a half I’m not quite sure.

Helpful pointers: I will suggest that you follow Damine’s path first then Edavine in order to get the whole feel of the story. Damien is the Unicorn prince and Edavine is the fairy. If you don’t want to do that then don’t say that I didn’t warn you because you might be missing out.

Date with Damien- letter from my heart-Stefano Targa

Beginning of the game song- Dawn of Spring-Butterfly

I just went through the two routes and my goodness I really and truly adored this game! The main character was so spunky and fierce but I absolutely loved her sweet and soft side. I liked both of the routes but I am glad I followed your advice to read Damine's first. Edavine was my favorite purely because I feel like the emotions and shared moments between Acacia and him helped them build a really strong and realistic bond. Your artwork is PHENOMENAL! Seriously, I loved everything about this. The backgrounds, the other characters, the CG's, the main characters design! Everything was fantastic. A+ from me <3

This vn is really amazing one.I loved both routes,and i just can't choose one favorite Lol.Anyway thank you for the game,and until next time.

Aw man, this VN's is one of my top five, I played it at least 4 times back when it was released.

Honestly, I like all of S-Morishita's projects. I read her webcomics too.

Her style is just so cute. She's great at writing characters.

On A troll's fairy tail my favorite character besides MC was Damine, the blue-haired one. I love me an attitude having LI.

I hope you plan on making another VN in the future, the first two were so fun😊

At first during my replay I was like, why was Damine my favourite he's such a jerk? And then him defending her and the little detail of him fixing the flower bed won me over and I was like oh right that's why.

Then the rest of the story that followed really made me fall in love with the character all over again! I'm so glad, it's as good as I remember!

I feel a little sorry for Aeron in that route, he was such a sweetie even if he did get carried away at the party. And the way it ends with <spoiler>Him saying "Whatever! It's not like it'll last anyways. I'll be waiting here with open arms, Acacia!" As if to comfort himself was so funny! How can you not have a soft spot for a guy that pathetic but sincere, </spoiler> he might not have stood up to the standards of the male leads at all but he was indeed a little cute.

The cg during the <spoiler> Damine proposal scene</spoiler> was so good!

I think a part of what I liked about Damine is that deep down he's just as childish and just as much of a romantic as Acacia is. I also liked the contrast with the way Acacia tries hard to be herself vs he puts on a jerk act for his entourage until she drags his kind side out into the light. Also he's very pretty and strong, so that helps.

- Then we have Edavine! The way this route started with the double drama of Acacia getting publicly embarrassed because she tried to tie her hair and the way our introduction to the male lead involves a loud domestic dispute made me feel like it was nice they had that shared point of empathy.

Aeron showing up earlier made me laugh! Did Acacia 'going crazy with a whip' attract him earlier? That boy  really does want to get bent in half by Acacia. And then even though he shows up early Acacia still hangs him out to dry because she catches a glance of Edavine, you shoot you miss Aeron old boy XD But he sure is useful for the plot either way.

I was surprised that we don't get to see Edavine's character model/sprite till after the second choice! But it was worth the wait I love his design. I also found their conversation after the second choice really really fun and I appreciated that he was open about finding her cute from the get go, on the flip side having Damine gradually be forced to admit his feelings to himself and her because he falls so hard was also great, both options were nice to experience lol.

It was also funny that in this route Acacia's mother is pissed about Aeron's interest in her when in Damine's one she introduces him and even funnier how he wins her over just as quick, it was less fun the way he starts lecturing her about behaving less roughly and trying to change her, that's why you're just a side character and not a lead my dude, he was so much more obnoxious and dislikeable in Edavine's route.

I get why Edavine's route is more popular as it definitely feels more fairy tale romance like, he's got five gorgeous cgs compared to Damine's two and has also got that whole bad boy who gets beat up vibe plus his arguments with Aeron were great fun and the ending was so cheerful, but I really do have a soft spot for the character growth we get to see in Damine's route for both her and him so I think I like them equally now.

Ah I'm glad I found this again, I played it when it first came out so I'm looking forward to replaying it again right now! ^ ^

This was by far one of my most favorite games ever. Like, OMG! Just so adorable and cute! It got me right in the feels! I frickin' loved it all! :) I really loved Acacia and her sister and the 2 guys. Aeron irritated me so badly but man did I love every bit of this game. Thank you so much for making such a cute game! I hope you make more lovely games to grace this world. You have no idea how in love with this game I am! <3

Hi ! just wanted to say that I LOVE EVERYTHING in this game ^^ It's really One of my favorite Visual Novel :)

It makes my heart melt ;.;  aaaah... Each character is so cute and funny and the drawings are beautiful !!!

Thank you very much for this amazing visual novel <3 it's amazing to know that it was made in one month and just by you ! 0w0

You are amazing ! xoxoxo

Uwah~ I sense lots of love and work from this game~

I really appreciate that so much!! I wish I could insert a crying emoji into the comments but I don't know how but you're such a sweetheart!! Thank you so much for saying that!!

I love this game! Acacia is just so unique, unlike the average protagonist. Damine and Edavine are both sweethearts, but Edavine is my personal favorite.

I'm so happy you liked it!! Thank you so much for reading through it, that really means a lot to me!!

immediately seen this here and downloaded it! Played it and reminisced. amazing VN! one of my all time favorites .

You're so sweet!!! Thank you so so much!! I really appreciate that and I'm so happy you played it and enjoyed it!! You're AWESOME!

I remember playing this yeaaaaars ago!

replayed today on a whim and it's still really cute ♡♡♡

You're gonna make me cry!! Thank you so much for playing it!! I'm so happy you still liked it!!

Same. Found this on the Lemmasoft forums years ago.

That was really cute <3
Fun little story that managed to make me smile.
I loved how the characters weren't all over each other from the get go. To be frank, at the start I felt the same way Acacia felt about the guys, but both guys managed to grow on me as the story progressed.
Acacia is also nicely done. Wonderful how she just stays true to herself, even when she feels insecure at times. Nice little message there.
Thank you for the effort!

This was pretty adorable. I really like the main protagonist.

Thank you so much for playing it!! I really appreciate it so much!

This is so cute!! I had a lot of fun playing through this, and I really liked the main character and how nuanced she was. Fantastic job!! Thank you so much for all the effort you put into it :)

That's so sweet of you to say!!! Thank you so much for playing it! I'm so happy you liked it!!! 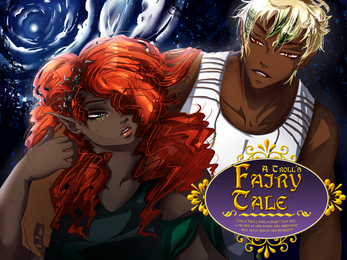 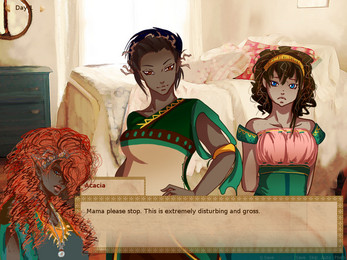 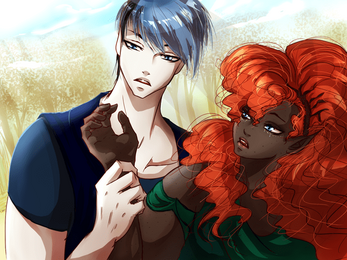 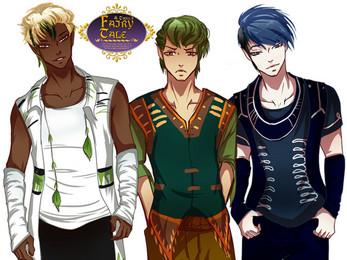 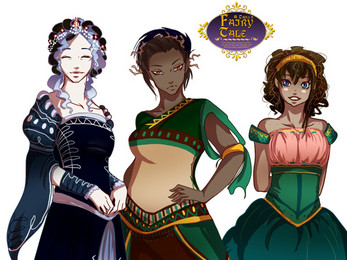